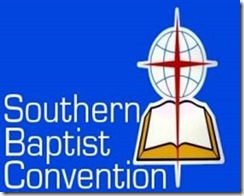 Guidepost Solutions was charged with investigating the Executive Committee actions regarding their actions regarding the sexual abuse allegations of survivors from 2000 to 2021. What they found was a devastating indictment of the senior leadership of that body, which administers budgets and Cooperative Program disbursements for the Convention between annual meetings.

The senior leadership of the Executive Committee sought to minimize the impact of sexual abuse claims, divert attention from such claims, disparage survivors, and resisted efforts to put reforms into place. D. August “Augie” Boto, Executive Committee General Counsel, and the law firm of Guenther, Jordan, and Price, serving as outside legal counsel, led the response to claims of abuse. Their efforts can only be characterized as doing nothing and hoping such claims would go away. Several prominent Southern Baptist leaders, including three elected convention presidents, were accused of working to shield abusers and molesters or quietly move them along to other places of church service.

Southern Baptists have a unique polity, or church government. The Southern Baptist Convention is a body of individual churches, each of which is autonomous and cooperates together with other churches for convention interests and programs. The leaders of the Executive Committee used this decentralized polity against survivors, saying that they could do nothing against individual ministers and leaders accused of abuse. They also used our polity and church independence as a way to protect the Executive Committee.

“…survivors and others who reported abuse were ignored, disbelieved, or met with the constant refrain that the SBC could take no action due to its polity regarding church autonomy – even if it meant that convicted molesters continued in ministry with no notice or warning to their current church or congregation.”

The main goal of the leaders was to protect the institution against potential lawsuits.

“Almost always the internal focus was on protecting the SBC from legal liability and not on caring for survivors or creating any plan to prevent sexual abuse within SBC churches.” (p. 162)

Even when reform efforts were made, such as the expanding the mission of Credentials Committee to ensure churches were in “friendly cooperation” concerning the response to sexual abuse called for by the SBC Constitution, the committee did not receive proper time, resources, and training to deal with reports of abuse and churches that employed abusers.

“The first duty of an institution is to protect the institution and ensure its survival.”

That rule has never been written down, nor will it ever be written down, but it is a foundation principle of how institutions operate. That is the overarching narrative to which Guidepost Solutions came in their report to the SBC Sexual Abuse Task Force.

The Executive Committee leadership and staff did not acquit themselves well, according to the report. Instead of ministering to survivors, the senior leadership sought to dismiss them and even protect abusers. The leaders, such as “Augie” Boto, did not respond in a Christ-like manner, either to survivors or their own trustees, many of whom assert that they were kept in the dark about the nature and scope of abuse claims.

The report named names. In addition to the senior leadership, leading SBC pastors and leaders, such as Paige Patterson, were mentioned because of revelations that they shielded abusers. One survivor’s account of abuse named her abuser as a former president of the SBC, Johnny Hunt. Many of those individuals mentioned were heroes of the Conservative Resurgence in the SBC of a previous generation. These were people that Southern Baptist held in high regard. Now, let’s make it clear that even pastors and other church leaders are sinners saved by grace and have feet of clay. But, we should hold our ministers and leaders to higher standards.

The wounds that this report have opened will not heal quickly, if at all. There are many more questions to ask and answers to be given. There are even apologetic questions to be asked which address sexual abuse in the context of the problem of evil. It is not necessarily the time for such questions. That time will come. At this point, compassion and ministry are the proper actions to take toward survivors.

As Southern Baptists, we cannot repent for the things we did not do. However, we can say to survivors that people who were supposed to lead failed you, and that we will do better (Gal. 6:2). One way to begin the process of doing better will take place at the upcoming SBC meeting in Anaheim, California next week. That convention will act to accept or reject the Sexual Abuse Task Force Recommendations. The next president of our Convention will act on the recommendations that are approved in the meeting. We need to pray that those leaders will take the right actions that are consistent with Scripture and help our independent churches protect their people.

The response of the Southern Baptist Convention to this report will serve to advance the Gospel of Jesus Christ or hinder it in the hearts and minds people the lost, seekers, and believers.

The website for the Sexual Abuse Task Force, which contains the Guidepost report and the recommendations for the Convention can be found at: www.sataskforce.net