Christians see this record in nature as well. Some recoil from it. Ken Ham, president of Answers in Genesis, a leading Young-Earth creationist organization says,

In an editorial cartoon, Answers in Genesis illustrates their view. 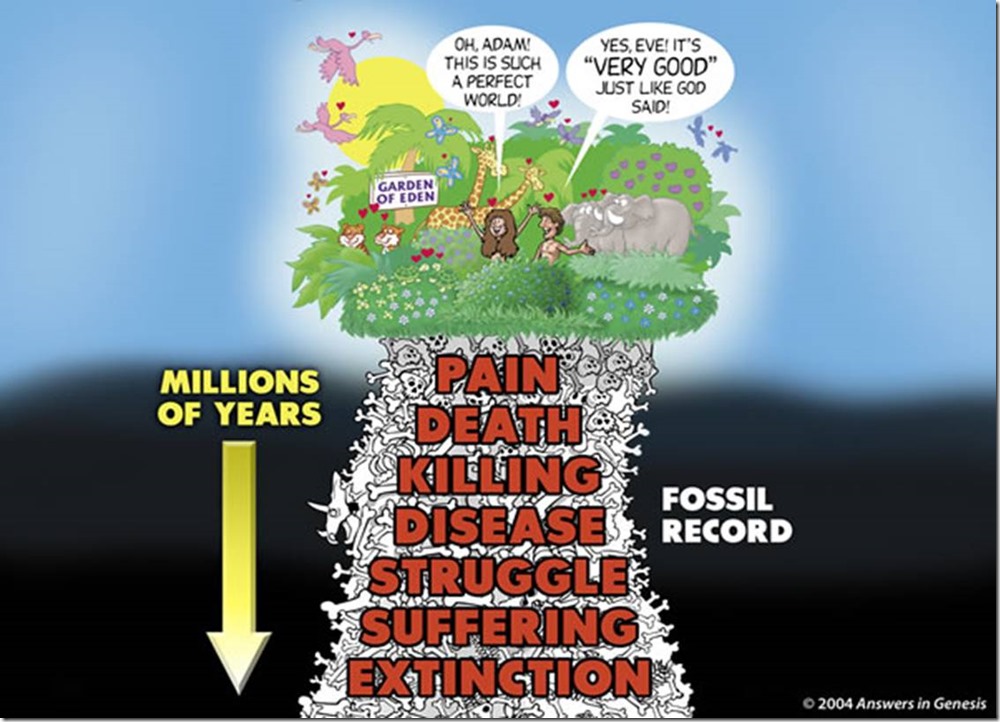 They interpret the Biblical and scientific materials in such a way as to preclude the possibility of death among animals until after the Fall of man. The sin of Adam and Eve brought about the fallen and cursed world that we see today. Death in the animal populations and in man was not in God’s original design plan for the Earth.

Let’s contrast the Young-Earth perspective with the Old-Earth Creationist view. Hugh Ross, founder and president of Reasons To Believe, says in his book The Genesis Question (2001) (Slide 7)

“…to reject the reality of physical death among plants and animals before the creation of Adam and Eve defies both the scientific and the biblical data…If any animal moved or ate, something else had to die.”

Ross goes on to say that the death that came as a result of sin was spiritual in nature and only affected humanity. But that sin, the rebellion against God, was transmitted to every human being. The atoning death of Jesus Christ gives us the only way to avoid the penalty for our sin.

Next Week: My Perspective